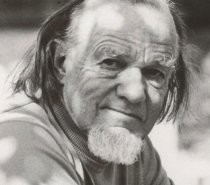 Today was the second of the three lunch time lectures being held at the Evangelical Library, London, this Spring.

His subject was Francis Schaeffer (1912-1984) and was a call not to forget that man’s significant contribution from the sixties and seventies but to go back to him again for help in facing some of the challenges of the present day, movements such as the emergent church.

Mr Roberts began with a brief overview of Schaeffer’s life – his conversion, marriage, brief spell at Westminster Seminary and his involvement in the various splits that took place among fundamentalists in America before his coming to Switzerland to work with Children for Christ.

The book True Spirituality was commended to us, a book that grew out of a spiritual crisis he passed through in 1951 and 1952 that eventually led to the establishment of L’Abri and the work that Schaeffer subsequently became known for.

A fascinating section followed where our speaker described his unconverted days in the seventies studying French as a would be existentialist and discovering Schaeffer’s Escape from reason, a book that proved important in his eventual conversion.

In the eighties and then a lawyer he got to meet the great man himself following a bout of sickness when he picked up and read He is there and he is not silent and decided to visit L’Abri (a visit that lasted an unexpected 10 days).

The blow by blow account of the meeting was appreciated. ‘No-one can be the Holy Spirit for you’ was a phrase that stuck in Mr Roberts’s mind from it. This was three years before Schaeffer’s death from cancer.

The conversation helped draw Mr Roberts in the direction of the Reformed faith. The rest of the paper considered Schaeffer and his message for today. An Acts 17 style-evangelist and a man like the men of Issachar commended by the Chronicler, Schaeffer’s chief principles were the Lordship of Christ over the totality of life and the centrality of the mind. Four sections considered him as evangelist, as pastor, as ‘prophet’ and as communicator. The Schaeffer approach of ‘taking the roof off’ to expose people’s inconsistent thinking and being confident in the unyielding nature of God’s created reality was commended as was the idea of the need to bow twice (to God as Creator and to God as Saviour) though not uncritically. A conviction of despair needs to come usually before a conviction of guilt. Men need to see they are dead or lost as well as guilty. Quoting Jim Packer Mr Roberts urged us to accept Schaeffer’s ‘cartoons’ rather than rejecting them because of some faulty details. Some of the more superficial criticisms of Schaeffer were dismissed and we were encouraged to learn from an admittedly imperfect model. There was plenty of time for discussion including some filling in of background detail. People seemed generally willing to take the critical but appreciative approach commended. Perhaps one thing that didn’t help caheffer in his time was the desire to presnet him as a Christian philsopher. When we see him chiefly as an evangelist and pastor he stands out. His undoubted ‘prophetic’ insight and skilful communication served only to add to those qualities.